(The full version of the article and additional photo materials are available on order-essays.com.)

I am a very lucky fellow, a rather average bloke who managed to carve out and hang onto some of the best of life…family, friends, and a 50+ year career doing interesting and meaningful work in the Motion Picture Industry. 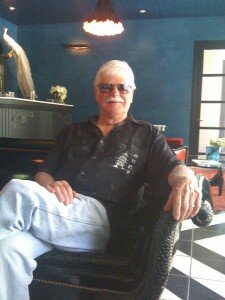 I was born on a ranch outside Walla Walla, Washington, and until the age of six my playmates were dogs, horses, cows, pigs and occasionally a wild critter that happened to share the ranch environs. This was my world, my playground, and I enjoyed it immensely. As a matter of record, when I finally entered the first grade, I climbed out of an open window and ran nine miles back to the ranch. Some folks say I have been running from the posse ever since.

By the time I entered Junior High, the family had sold the ranch and moved to Renton, a small town just outside of Seattle. I did the usual male bonding, played a little football, pole-vaulted on the track team, acted in the school plays and discovered girls. I attended the University of Washington, majoring in Journalism. In my Sophomore year I was called to active duty in the Naval Air Corps where I wrote promotion and publicity for The Blue Angels, the Navy’s elite flying team.

After my stint in the military, I worked as a news reporter/broadcaster for several Texas Radio Stations and began a professional acting career. I am an alumnus of the famed Alley Theatre, in Houston, Texas, where, as a juvenile lead, I acted opposite ingenue lead Katherine Hellmond.(Who’s The Boss, Soap, Etc.). 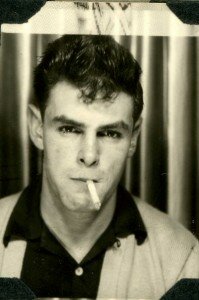 In l959 I moved to Hollywood, where I worked as an assistant director in TV before talking my way into motion pictures. I did over a hundred films as an actor/stuntman/writer/director/production manager, special effects man, and associate producer. I have stunt-doubled Jack Nicholson, Robert Vaughn, Cameron Mitchell, et al, and have staged action and special effects sequences for notable directors Peter Bogdanovich, Monte Hellman, Richard Rush, Al Adamson and Don Coscarelli. Feature credits include classics like Hell’s Angels On Wheels, Psychout, Targets, Satan’s Sadists, Bubba Ho-tep, and the noir Westerns, The Shooting and Ride In The Whirlwind.

In l981, my film The Pyramid won 1st Place, Docu-Drama, at the USA Film Festival in Park City Utah. In the late 80s, I wrote and directed Rainy Day Friends / L.A. Bad, which won Best Special Stunt In A Motion Picture at the International Stuntman Awards.

My personal life is blessed with six wonderful children, Greg, a theatrical producer and director, co-owner of The 42nd Street Moon, in San Francisco; Colleen a teacher and award winning photographer; Andrew, an attorney and writer; Christopher, a musician and Xerox employee; Alexander, a paralegal/writer; and Michael, an artist and teacher. I have four grandchildren, the delights of my life: Timothy, Hannah, Nicolette and Ethan.

I now live in Austin, Texas, where I continue to work in motion pictures, do some writing, and hang out with a plethora of critters. Fortunately, I am still able to outrun the posse.